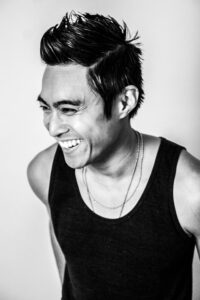 P.J. Raval was awarded the fellowship for his “Untitled Jennifer Laude Documentary.” In this film, grassroots activists in the Philippines are spurred into action when a local transgender woman is found dead in a motel room with a 19-year-old U.S. marine as the leading suspect. As they demand answers and a just trial, hidden histories of U.S. colonization come bubbling to the surface.

“This award will be instrumental in telling Jennifer’s story and educating the world to the unique, progressive, and long history of LGBTQ culture in the Philippines. As a queer, Filipino American growing up in the United States, where my history and identity have remained largely invisible, I was aware of the devastating lack of knowledge about my homeland and its colonization by the U.S. Relegated to the footnotes and margins of the history books, the Philippines has been intentionally overlooked and vastly misunderstood. In making this film, I seek to not only uncover these truths, but also to further my own knowledge of my cultural heritage. I am truly thankful for the support of the Robert Giard Foundation in supporting me on this artistic and personal journey.”

Before You Know It: