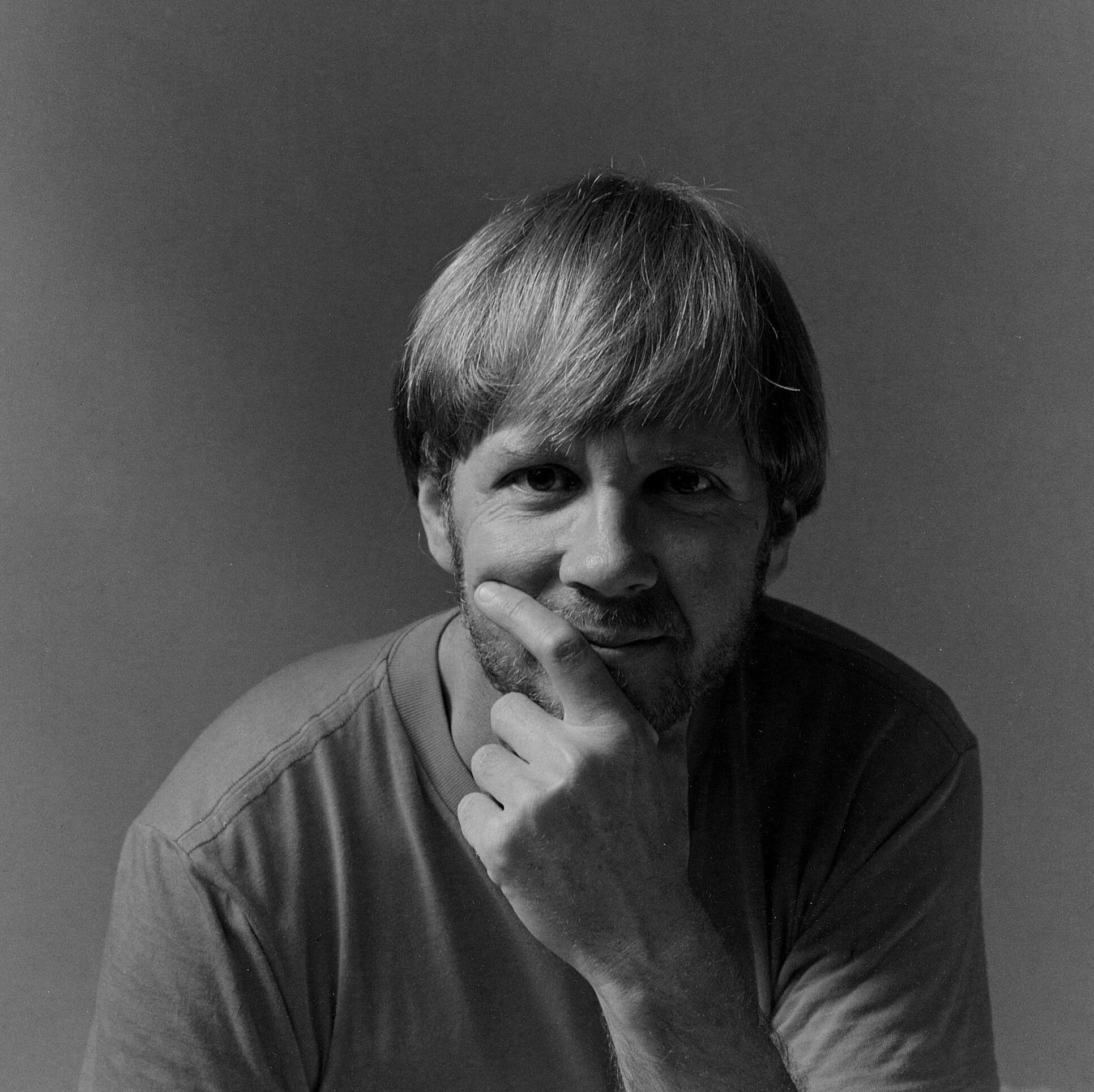 Robert Giard (1939-2002) was a portrait, landscape, and figure photographer who came relatively late in life to the practice of photography. A native of Hartford, Connecticut, he majored in English literature and received a B.A. from Yale (1961). After completing  an M.A. in Comparative Literature from Boston University (1965),  he moved to New York, and began to teach at the New Lincoln School.

In 1974, Giard and his life partner, Jonathan Silin, settled in Amagansett, Long Island, where they remained for nearly thirty years until Giard’s death. His photography in the early years concentrated on landscapes  of the South Fork, portraits of friends, many of them artists and writers in the region, and the nude figure.

Giard is perhaps best known for his project Particular Voices: Portraits of Gay and Lesbian Writers, which culminated in an anthology published in 1997 and an exhibit at the New York Public Library in 1998. In 1985, after seeing a performance of Larry Kramer’s The Normal Heart, as the AIDS crisis raged, Giard decided to turn his camera towards the LGBTQ literary community to preserve a record of queer lives and histories. He began documenting LGBTQ literary figures, both established and emerging, in a series of unadorned, yet sometimes witty and playful portraits that would eventually number over 600. These portraits include such iconic figures as Edward Albee, Allen Ginsberg, and Adrienne Rich, as well as emerging novelists making their first mark, including Sapphire, David Leavitt, Shay Youngblood, and Michael Cunningham.

In 1996 Deborah Light, creator of the Thanks Be to Grandmother Winifred Foundation, asked Giard to photograph the 321 recipients of its small grants to support projects by women 54 and older. These projects included research, art, and projects addressing social, economic and medical problems affecting women. Traveling the country by bus, train and plane (Giard never had a driver’s license) he had photographed 241 grantees at the time of his death in 2002.

Robert Giard was the recipient of many grants and awards, and the published version of Particular Voices won a Lambda Literary Foundation Award for Best Photography/Art Book in 1997. Giard had a long and distinguished solo and group exhibition career throughout the United States. Examples of his work are in the collections of The Brooklyn Museum, the San Francisco Public Library, the New York Public Library, and the Library of Congress. Giard’s complete archive, including work books and ephemera, can be found in the American Collection of the Beinecke Rare Book and Manuscript Library at Yale University.